A loss of life. A loss for words.

Trying to make sense of the confusing thoughts swirling round and round and round. It’s certainly not coming easily. In the past I’ve found it to be therapeutic to blog my way through this whole shit show so I will once again let loose and pour my heart out.

My heart breaks for his long-time friends and his beloved family who are deeply grieving. He was loved by many. He was a good man.

Nothing I could say would even begin to do Sean a fair amount of justice. What can I possibly say? Who am I to even try? We only became close one month ago. That is such a short time. So why am I so torn apart by this? Because even though he was a new friend, he affected me greatly. It was less than one month ago that we were in Kona, Hawaii together, both of us spokespersons for the Fxck Cancer Endurance team. I was given a fabulous trip to Hawaii and be a VIP spectator to the Ironman World Championships as the lucky recipient of the Dying 2 Live Dreams program granted to me by the F C Cancer Foundation. And it was a dream come true. The week was so wonderful. Donations to their organization help provide more incredible opportunities for other cancer fighters such as myself. These memorable experiences shine a light into our lives while we’re going through dark, hard times. I personally was so glad to have something so amazing to take my mind off of cancer. This foundation also promotes cancer awareness for those who may not regularly go to the doctor. They do an amazing job of educating and helping people discern and detect those little signs to look for in hopes to prevent late-stage cancer diagnosis.

Please check them out and consider donating to allow their valuable efforts to continue. Any amount makes a difference.

Sean is on the far right in this photo. Back in Kona, we would commiserate as we hashed out our cancer stories with each other. We sat side by side, melting in the Kona heat, interviewing each other for the camera crew. What keeps replaying in my mind is how he managed to keep his cool. His coolness, hopefully not too stark of a contrast to my anxious nerves as I squirmed uncomfortably under the spotlight. He has been a professional public speaker and announcer for I don’t know how long, and a very gifted one at that. Each time we had an event, beforehand, off-camera he would patiently coach me on the points we were planning to cover. He quickly became my mentor.

Today I found myself wishing I could call him up. I wish I could have just one more chance to talk to him. After our trip to Kona we talked several times and every time I couldn’t believe how an hour could pass so quickly. He was a Christian as well. Both of us believers in the salvation from our sins paid in full through Jesus Christ’s blood which was poured out on the cross. God is so good to have given this amazingly free gift to any and all who choose it!

Sean was a genuine friend and instantly became like a brother to me. He was an amazing person. And in full disclosure, just like a brother, sometimes he could be an asshole too. Some of his medications could make him a little touchy and he would go off on a rant. What can I say? He was passionate and would flare up at times. However, he didn’t choose to get angry at his stage 4 cancer diagnosis. Instead, he chose to give what time he had left to the service of others. I think that showed a tremendous amount of self-control and selflessness. Because let’s face it, we can all get caught up in throwing ourselves some pretty raging pity parties.

As Sean was a remarkable person, the timing of his death was also remarkable. For one thing, he died on Global Kindness Day. This doesn’t seem like a coincidence because one of Sean’s trademarks was to challenge others to commit random acts of kindness. For another, it was also my one year cancerversary. The same day of exactly one year after receiving the pathology report that there was no evidence of cancer left in my body. Hooray!!! I think God is telling me to celebrate the impact he had on my life. His life was a gift to me. I have been wondering why God allowed me to spend so much time with him just before his passing. Why did He put me in the place to get to know him just but then take him away so soon? Why didn’t he spare me this grief? He was still so full of life only a few weeks ago. He seemed to have so much more time. He still had passion and plans he wanted to act on. The only reason I can see that this was allowed by God is that one of Sean’s final assignments was talking with me, or in a sense, setting me straight. In my good health I’ve returned to business as normal. I had started to become complacent and too busy to make much time for God. But through these talks, my fire for God has been reignited.

Sean and I figured out that we both loved the daily devotional, Streams in the Desert. Sean said he never missed a morning where he didn’t read his devotional as well as diving further into the Bible before starting out his day. That convicted me. I think that’s why God had me come in contact with him when I did. Since our conversations I have met with God daily with a renewed sense of passion.

Just last week he cut his hair into a mohawk and sent me pictures of it, excited about working towards growing it longer so that he could totally “rock the hawk” along with me. I was so touched. I had been considering cutting mine off but now there’s no way. I am proudly rocking my mohawk for awhile longer.

Sean was ecstatic when he learned that I had been a ballroom dance instructor years ago, saying he always wanted to learn how to do that. Well, we didn’t get a chance for me to teach him. I was looking forward to seeing him in April and was hoping to teach him a little cha-cha, rhumba, waltz, and more. I think it’s safe to say that he will instead get to learn from the Master himself, and become the smoothest ballroom dancer in heaven! I expect to hear the words, “May I have this dance?” when I see him again and we’ll dance on those streets of gold like Fred and Ginger Rogers. 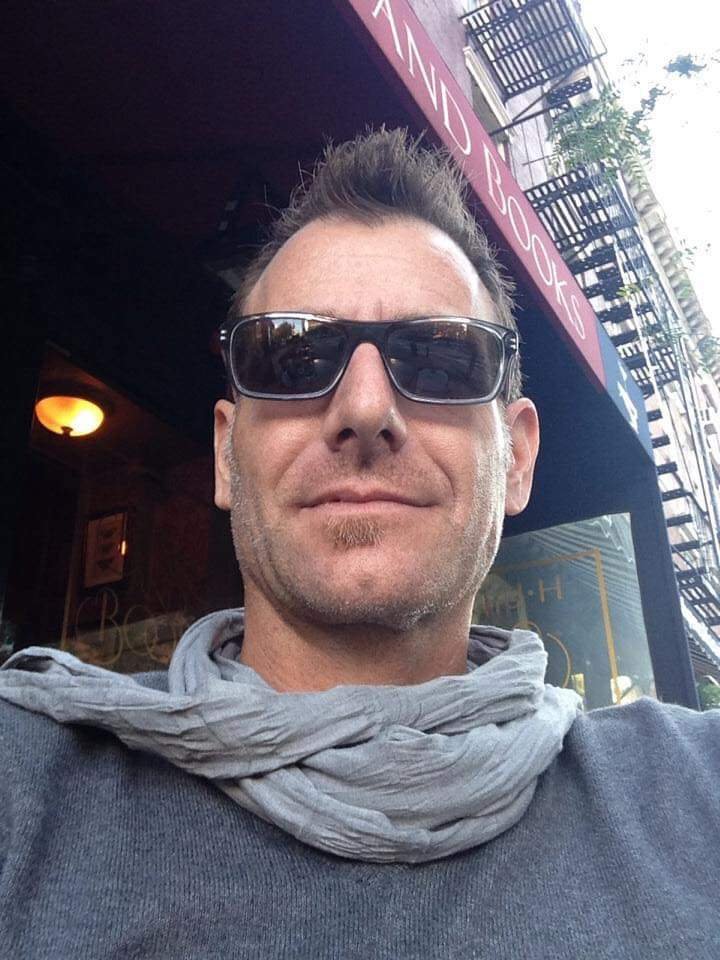 This is Sean just a few years ago. Wow, how quickly cancer can change a person’s appearance. I think it’s funny that when I was first diagnosed I promised myself that I wouldn’t let cancer change me. I don’t know what I was thinking.

Surgery for me. Tomorrow I will be having my final reconstruction surgery which means these temporary boobies will be swapped out for silicone. Just call me Barbie. Like the song says, I am plastic, it’s fantastic!

Hoping and praying for no infections or complications. It’s a two-and-a-half-hour surgery which they call the easy breezy surgery compared to the mastectomy and everything else previously. Can I just say, I’m also hoping the girls will actually look good after this. The process of spending so much time and effort to have my breasts redesigned has taken some getting used to for both Tom and me. Right now they are more like two hard lumps which you can tell are sutured down instead of real looking breasts. They are very medical and misshapen. I can’t help but feel animosity towards them after all the trouble they have caused me. Thankfully, Tom, a.k.a. the hubby of the century, has been so patient during this long waiting period.

It’s frightening to say it but there are a handful of people in my life who previously had beaten cancer only to have it recently return. It cuts me to the quick. For example, a young mom friend of mine is going back through it. Coincidentally our sons have been best friends for years (wonder what God will do with these boys’ shared experiences in the future?) She went through breast cancer just a few months before I did, she beat it, thought she was in the clear, but low and behold it recently showed back up in her liver. Back in the game for her. Back in the grind. The crapper. Literally. A reboot. Ugh. She told me, “I don’t want to play this game anymore.” I get that. It’s not a fun game. Please say a prayer for her because she is in surgery today, hoping the doctors can remove all the new cancer growth. I have several other similar stories weighing heavily on me. Why does this awful monster keep stealing time and life away from these healthy people?

Honestly, it has me scared shitless.

I know that I need to choose not to live in fear…not constantly looking back over my shoulder, wondering what’s coming for me. Instead, I will choose to follow Sean’s example. I am bound and determined not to become complacent once again. He chose to live passionately, capturing every moment of today for today. He was a visionary. He had so many ideas. He constantly wanted to improve things for the Fxck Cancer Endurance Team in an effort to help people become more aware. He stayed committed to his speaking engagements even when he was going through horrendously painful suffering. He not only didn’t complain, he would appear to be energetic and actually seemed to come alive in front of the crowd. Also, he never shied away from taking the time to encourage someone. He became fast friends with everyone he met.

I’m so sad, but I am reminding myself that Sean would tell me to not waste my second chance at life by moping it away. I feel the stirring in my soul to turn to the truth that has always sustained me. And I thank God from the bottom of my heart that Sean knew these truths as well. Right now he rests in God’s arms with no more pain. He is free. He has crossed the final finish line.

But this I call to mind and therefore I have HOPE

Because of the Lord’s great love, we are not consumed

His mercies are new every morning

Great is your faithfulness

P.S. This is your reminder right now to check your boobies. I mean it. Right now 🙂